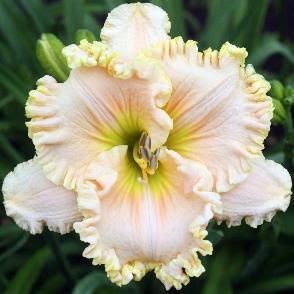 Can you believe that the first month of 2011 is already over!! It seems that the month has come and gone in a flash as many of us have struggled with multiple weekly snowfall events. I seem to have spent the last few weeks reworking my daily schedule as I tried to dodge the icy road conditions. If you did not attend the MWS this year at the Hotel Preston in Nashville, you missed a golden opportunity to renew friendships and make new friends as well. I overheard several people say that they thought it was the best MWS in several years. Everyone seems to be getting accustomed to the new location; and the convenient proximity of the meeting rooms was especially appreciated during the cold temperatures. The speakers were varied in their topics and all were interesting. The auction on Saturday night was especially fun with auctioneers David Kirchhoff, Janene Tidwell (aka “ Paula Deen”), and Paul Owen keeping the pace fast and furious. I must admit that Paul Own had the pace so fast, that several times I jumped in quickly just to keep from losing the opportunity to bid completely. The saying ‘you snooze, you lose’ was certainly true during the auction this year. And of course, best of all, the proceeds of the auction will be used to fund the regional newsletter. One exciting feature of the MWS this year was the roll-out of a new area of the AHS website for AHS members only. I have agreed to serve as the Region 10 Group Leader and am still learning exactly what I can and cannot do. But overall, it promises to facilitate better communication and relationships between members in our region. Parts of it remind me of a version of Facebook for AHS folks only !!!! Look for more news about this change in future blogs. Region 10 clubs are gearing up for the busy spring months. One club that I did hear from last week was the BGHS. Elizabeth Trotter contacted me with the following information:


“The Blue Grass Hemerocallis Society will host Dan Hansen of Ladybug Daylilies on Monday, February 14, 7:00 p.m. at our new meeting place, the Fayette County Extension Office in Lexington, KY. Visitors are welcome. For more information, go to www.daylilyfans.com/bghs or email me at daylilygirl@shelbybb.net (note my new email address)”.

This meeting sounds like a real treat. If you are in the area, I am sure they would love to have you visit. That’s about all for now – please remember, if your club has events that it wants publicized, just send me an e-mail and I will do what I can to let others know.
Posted by Will Coltharp at 8:12 PM No comments: 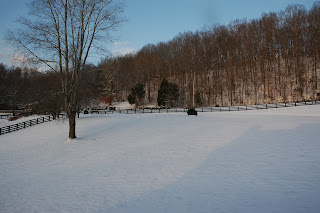 I can't believe that it has been so long since I posted, but time has flown. Everything was impacted as we sold the house in Nashville and moved "to the country". Ceilings are still being painted and boxes unpacked as I write this, but at least my office is functional and I'm getting excited about the upcoming gardening year. Many of your yards may look like the picture at the right now, but underneath that white covering are daylilies just waiting for warmer weather.
My apologies should first go to Janice Wood who sent me an e-mail back in September just as I was preparing to move.  In her e-mail she asked for any information and/or pictures regarding the below Region 10 hybridizers and their DSL introductions.  The hybridizers that she mentioned were:
Joanne Johnston- Nashville TN
Martha Lamkin- Louisville KY
Ellen (Mrs J) Alexander- Lexington KY
James McGaughy- Memphis TN
Catherine (Mrs Robert) Walsh- Lexington KY
Mrs. Frank Lucas- Owensboro, KY
John Bedel- Ft Wright KY
If anyone has information that may help Janice, please forward to her at simonsaid4me@aol.com.
Locally, MTDS has been busy putting together a calendar of events for the coming year that will keep old members interested and attract new members too, just as other clubs across Region 10 are also doing. I would like to remind everyone that the 21st  Annual Mid-Winter Symposium is only 2 weeks away - January 21-23, 2011 at the Hotel Preston in Nashville.  Nationally known hybridizers will be making presentations as well as other well qualified horticulturists and speakers.  One particular speaker that Nancy Ligon and I sought was Randall Lantz, Superintendent of Horticulture for the Metro Nashville Parks & Recreation.  Randall spoke to our local club several years ago and members are still talking about how enjoyable his presentation was. He has over 30 years experience in horticulture, having worked at the Tennessee Botanical Gardens at Cheekwood as Chief Horticulturist for over 15 years before accepting his current position with the city of Nashville. His topic will touch on the use of daylilies in landscaping in the city parks as well as other horticultural topics.  If you want to know about current trends in horticulture, Randall's presentation is one that you won't want to miss.
Another exciting feature of MWS this year will be the introduction of a new enhancement of the AHS website - a member's only portal.  I have volunteered to be the Region 10 Group Leader for this exciting development and have already been able to view some of the features.  I think everyone is going to be excited when they see what this is going to offer to members as an added benefit of belonging to AHS. That's about all for now - the day is not over and I still want to start a few daylily seed from my amateur hybridizing efforts of last summer.  See everyone at the MWS !!
Posted by Will Coltharp at 6:01 AM No comments: